A night of victories. 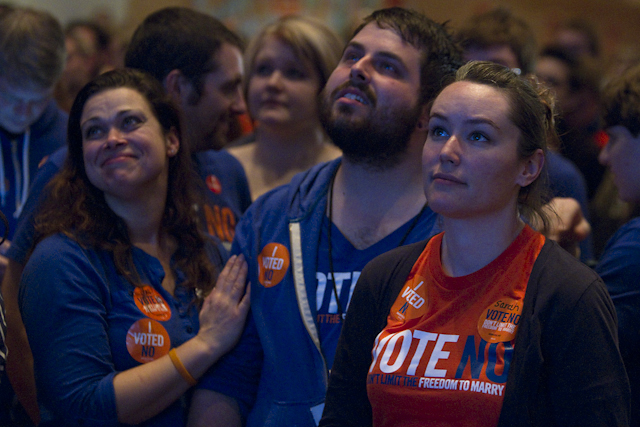 I was more prepared to lose than I was to win.  In fact many of my friends in the days leading up to the election said how it was like a gloom hanging in the air.  I even was afraid of the polls showing Romney could possibly turn Minnesota into a red state.  The conservatives were so smug and sure.  So sure that Romney had not written a concession speech.  Oops. 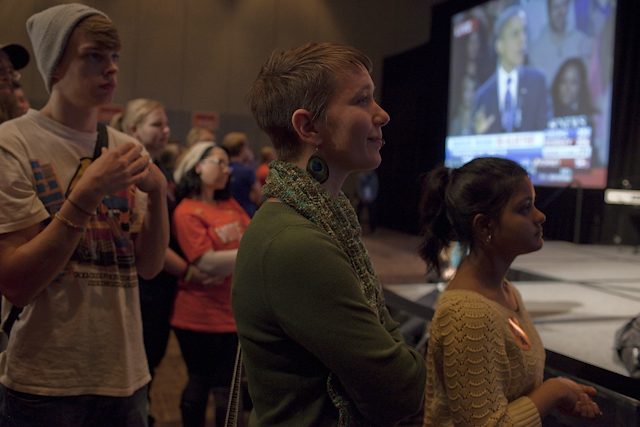 The party at River Center exploded just after 10 o’clock when it was announced that Barack Obama had been re-elected.  At first I didn’t believe it.  I was so sure that we would not know for days, with a recount taking place in Ohio.  Finally it was true when President Obama took the stage.  The emotions were on every face in the room including mine. 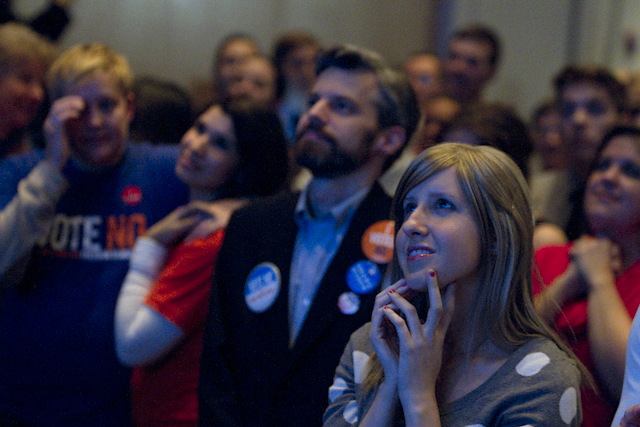 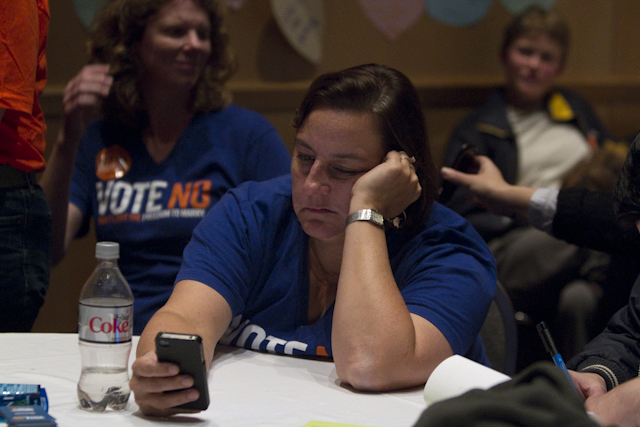 The amendments, that was another story.  As we waited, there was more encouraging news.  Elizabeth Warren elected along with Tammy Baldwin, the first Lesbian to serve in the US Senate.  The I found out that the DFL and regained control of both the House and the Senate.  At one point I saw numbers showing Jim Graves beating Michele Bachmann by 500 votes.  But, it was a lot of waiting. 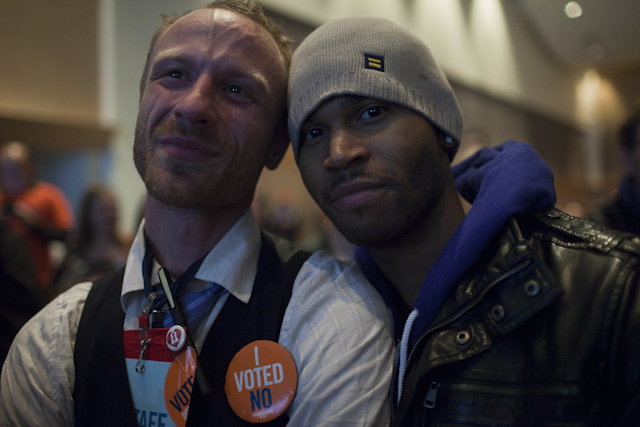 The longer it went on the smaller the margin between the votes.  Then, came encouraging reports that there were Minneapolis precincts that we were waiting on, not rural MN.  Last call came at 1:00 am and they told us they would come back out before 2 to give one more update before everyone had to leave as they only had the room until 2. 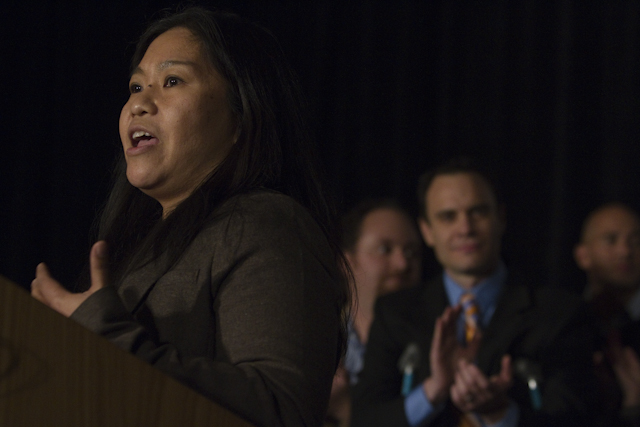 Shortly after 1:30 Luchelle Stevens took the stage to say the voter ID amendment and it had been defeated. 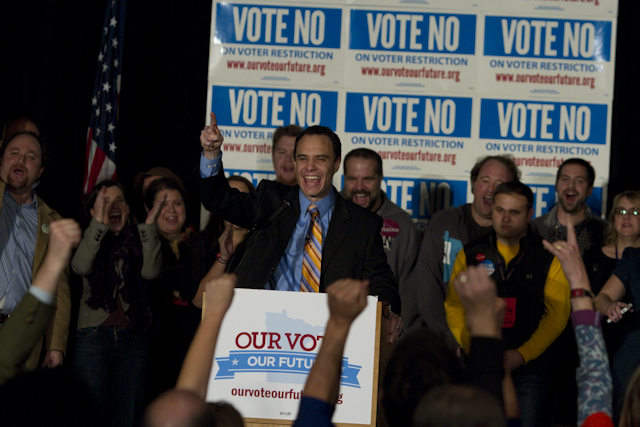 The small crowd in the room, mostly volunteers with Our Vote our Future were ecstatic.  Part way through Dan McGraths speech I suddenly her cheering coming from the adjacent room from the Marriage amendment party.  I ran over there and it was true.  We won that as well. 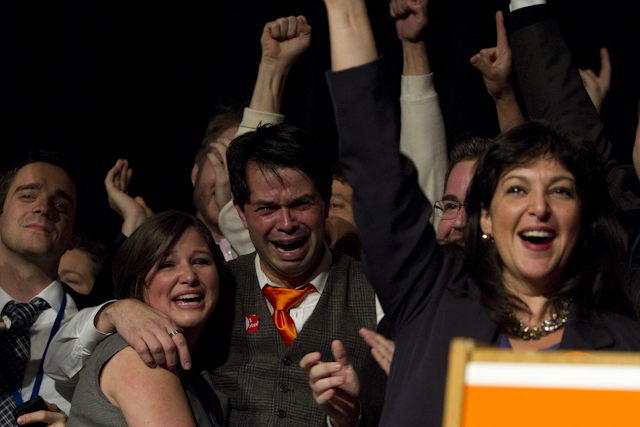 From that point on there was hardly a dry eye in the house. 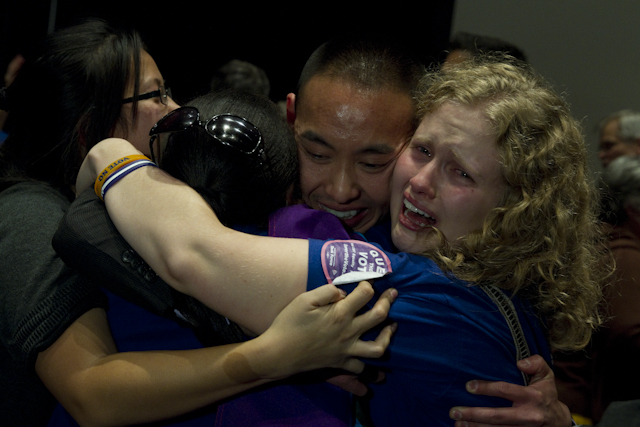 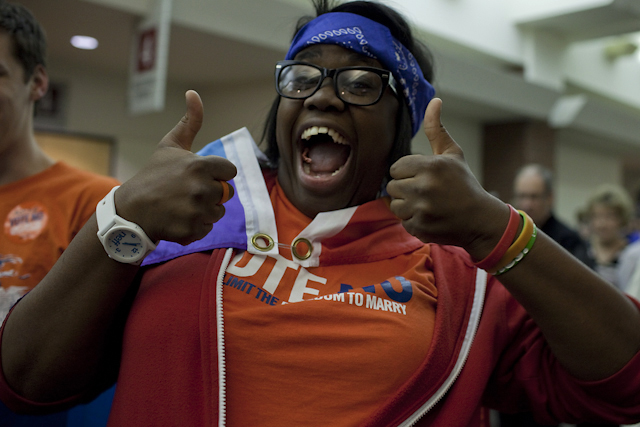 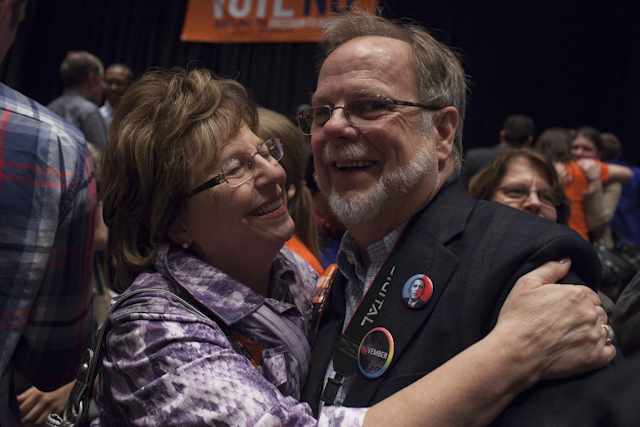 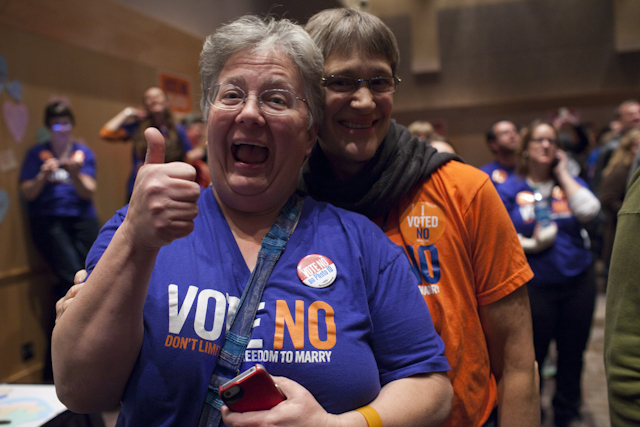 Then there is the fabulous Betty Tisel and her partner Sarah Farley.  Betty is a tireless volunteer and organizer and an all around great woman.

In the end it was the best election that I have ever experienced in my life.  Thank you all of the voluteers who worked so hard to defeat both of these hateful amendments.  Love won!!!!!!!!!!!!!!!!!!!